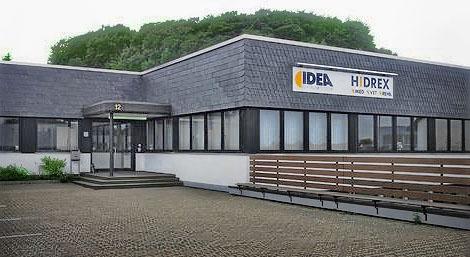 … has been a manufacturer and distributor of electronic aids and medical technology for more than 30 years. The company specialises in electrical medical devices, assistive technologies, and special wheelchair controls. Its quality management system has been certified according to DIN EN ISO 13485 since 1999. For the distribution of its iontophoresis devices in the US, HIDREX GmbH has been approved by the Food and Drug Administration (FDA) as a developer, manufacturer, and distributor of various Class I rehabilitation and Class IIa stimulation medical products.

HIDREX GmbH has been headquartered at Otto-Hahn-Straße 12 in Heiligenhaus, Germany since 2006. In addition to its administrative offices, this is also the location of its manufacturing facilities, in particular for the iontophoresis devices for hyperhidrosis, auxiliary communication aids, lasers, and magnetic field devices for veterinary use, special wheelchair and environmental controls, as well as various OEM products.

The Heiligenhaus location has also been home to IDEA Elektroniksysteme GmbH, also managed by Andreas Kämper, since 2004. This proximity to the main supplier of electronic components used in HIDREX’ production ensures timely supply and short lines of communication.

HIDREX GmbH is the legal successor to the Gesellschaft für angewandte Kybernetik mbH (ABP) and its subsidiaries, founded in 1974 at the University of Wuppertal. In its early projects, ABP successfully conducted research into using the electrical biosignals of the nerves and muscles to control active prostheses.

The rapid development of the computer technology allowed ABP to begin manufacturing and selling rehabilitation aids for people with disabilities from its Wuppertal facility in 1976 The aim was to improve the integration of disabled people in their professional and private environment through special workplace equipment. Over the next few years, the product portfolio expanded to include communication tools developed in-house such as special keyboards, disability-friendly mouse controls, and image-based accessibility features such as eye-tracking systems and the head mouse. Partnering with Siemens AG in the “Computers help healing” project headed by Hannelore Kohl, the wife of former German Chancellor Helmut Kohl, ABP was involved in the development of special accessibility solutions for speech recognition, telephony, and complete environment control systems.

In 1983, ABP expanded its business to include medical devices. Together with the Gesellschaft für Medizin und Technik as part of the University of Wuppertal and in cooperation with the largest dermatology clinics in Germany, ABP developed the first iontophoresis device for the treatment of hyperhidrosis and successfully launched it onto the market. The company has also been developing magnetic and soft laser therapy devices for the orthopaedic and veterinary sectors since 1988.

While the rehab products continued to be sold under its own name, ABP established two subsidiaries for the newly acquired areas of business in the years that followed: HIDREX Gesellschaft für Biomedizinische Technik mbH was founded in 1987 to manufacture and market products that fell under the German Medical Devices Act (MPG), while IATRON GmbH was founded for sales to the veterinary sector.

In 2011, HIDREX GmbH became the legal successor of the ABP Gesellschaft für angewandte Kybernetik and its subsidiaries. Today, the two companies HIDREX GmbH and IDEA Elekroniksysteme GmbH employ more than 30 people under the leadership of Andreas Kämper.